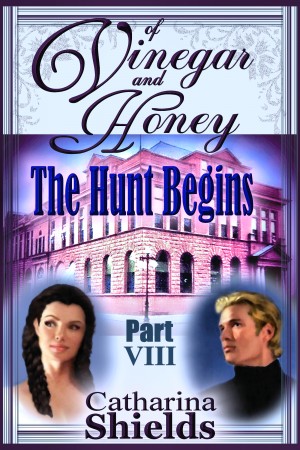 
Morty knew what that question really meant. Morty wondered what she would do if he told her the truth, about the dimension Rick took him to last night, about the acid-spitting porcupine monsters that destroyed his old sneakers and nearly turned his feet into nothing but charred bone. He nodded his head in solemn agreement and his mom sighed in that long suffering but loving way she was so good at. When she turned around to look at the TV, however, her smile quickly fell back into a frown. Oh, there was no arguing with that tone.

He straightened up and steadied his voice. With Rick. He fell asleep there.


He took the water bottle, but hesitation showed on his face. Hey, Rick? Rick groaned and lifted his arms to clutch his head. Morty held still as his grandpa heaved himself upright in his chair to glower blearily at him. After a beat of silence, Rick twirled his hand in a circle, which Morty took as a signal to explain why he was bothering him so early. Morty offered the water bottle and Rick snatched it, tore the top off and drained over half of it in one go. Rick took a few steadying breaths and set the water bottle down, ran a hand over his face and pinched the bridge of his nose.

It was never pleasant. Morty shuddered and Rick side eyed him, face unreadable. He clutched at his elbow with his opposite hand and looked anywhere but his grandfather. Morty held still, focused on his breathing. Rick would have to let him sleep afterwards. He just had to.

He spared a thought of apology for his mom and shuffled his feet until Rick let go of his neck, and then bolted for his raincoat. He had it half shrugged on and was nearly out the garage door when he froze at Rick saying his name again.

Rick waved him away. Morty pulled his coat the rest of the way on and went to stand in front of the house for the bus. Going by the heavy gray clouds looming in the north, it looked like his mom was right about him needing it.

School was absolute torture. Had it really been a week? Hopping off the bus, he pulled his rain coat up around his neck against the pouring rain and hurried inside the house. Once through the door, he set his coat down in the entrance and checked his phone for the umpteenth time, just for it to betray him and tell him that it was, indeed, Friday.

His birthday week was up. There was nothing for it. He wanted to say at least he had gotten a week off, but Rick had run him so ragged as an assistant all week long that his body took no consolation in that lie. And a lie it was; Rick had stuck to the letter of his promise, but at the same time had made sure Morty would regret asking him to make the promise in the first place.

He stopped by the kitchen sink to get a drink of water and work up the wherewithal to deal with what was about to happen. He took a few gulps of water, wiped his mouth with the back of his hand and groaned. That last part was not an option. Just… no big deal. He walked over to the door underneath the staircase, which led to a small storage room they had converted into a bedroom for Rick when he moved in. Clutching his chest, he turned to glare at Rick, who was struggling to stand upright he was laughing so hard.

Rick nodded in agreement and shoved him aside to open his door and walk in. It was even worse when he shut the door, but it was saved from unbearability by all the blueprints, pictures and diagrams tacked to the walls. Rick sat down on his cot with a comfortable sigh and Morty jumped out of his daze; Rick rolled his eyes at his nervousness and leaned forward to pull Morty into his lap by the front of his shirt.

Before he could so much as gasp, Rick was kissing him like he had a point to prove, nipping his lower lip, licking the backs of his molars and the roof of his mouth, hands trespassing up under his shirt to lie warm on his back. I think that one shook the room. Morty glared at him as soon as his yawn passed, but the effect was ruined by the tears pricking the corners of his eyes and by the fact that his grandpa thought he was about as intimidating as a parking ticket. You asked me to lay off the, how did you put it?

All part - urrp - part of the master plan, M-Morty. Now get your shoes off. I am so tired of this!

No matter how many times it had happened, there was something especially embarrassing about being completely naked while Rick had all his clothes on, even his lab coat. Sometimes Rick let him stay mostly dressed, too, but that had never happened in this room - only on other planets when Rick dragged him into a closet or bathroom stall for a quickie. Take it off and lie down on your front - jeez, do you need ever- urrp -ything spelled out for you? Right, should have known that was a given. This position was familiar, at least. This was how they usually had sex, him on all fours, stark naked while Rick drove into him from behind, fully dressed except for his pants lowered just enough to free his cock.

On the Wings of Voice

Especially embarrassing. Like there was anything not especially embarrassing about his grandpa liking to fuck him stupid on a regular basis. What did it matter that Rick liked to make their power imbalance as obvious as he could? If anything, it was a small mercy that Rick always took him from behind and kept his own clothes on; it made it all the easier to close his eyes and distance himself.

That was probably one of the most fucked up thoughts it was possible for a human being to have. Definitely in the top ten. You reeeally need to work on your negotiation skills. Rick soothed back over the red mark with his thumb and went on. Morty hugged the pillow tight to himself and tried to work out how to breathe without sobbing - he felt it, the first deep-chested sob coiling up in his lungs, so much quicker than usual. Most of all, he hated that Rick was right and they both knew it. He knew from experience Rick would pinch his inner thighs until he did if he kept them closed.

Even this shit back up? I scored some angel dust off of those Traflokians last night. Wanna get high and-and start paying me back, Morty? No drugs! Why w-w-would you even ask that? Why was it always so easy for Rick to make him cry? Fuck, fuck - damn, relax, Morty!

You want a fucking Valium or some shit? Shh, shh. Morty felt his muscles start to relax, his breathing begin to even back out and not for the first time, Morty wondered if his grandpa knew how to hypnotize him, if that was what he was doing right now. Something about his tone was completely disarming and everything about it worked, whether Morty wanted it to or not.

Well, p-petty, and the - the absolute worst at taking no for an answer, even for a week.

Rick slid his hand out and Morty sighed, squeezed his legs together at the first stirrings of guilty pleasure in the pit of his stomach, the warm rush of blood to his cock. God help him, he was fucking shameful. That he was just plain fucked up. Now that word choice was just not fair. How could Rick say that with a straight face? When did that start? Morty hadn't felt the tears start through his laughter, but he felt the wetness on his cheeks now that Rick had touched it.

He wiped at his face with balled fists even as he struggled to stop convulsing with hysterical giggles. This must be what whiplash felt like. Rick was problem and solution, torment and comfort, confusion and reassurance all at once. He pressed up, kissed back for half a second before flopping back into the pillow beneath his head. Scare me. Jerk move, bringing up - up drugs, Rick.